Sponsored by The Boeing Company, the game is themed around transportation as part of the FIRST-wide FIRST Forward theme.

The Rapid React game is played by two alliances of three teams each, with each team controlling a robot and completing specific actions in order to score points. The game revolves around both alliances shooting inflatable balls known as Cargo into a central Hub and climbing within their Hangars at the end of the match. The overall objective of each match is to score more points than the opposing alliance before the match ends. 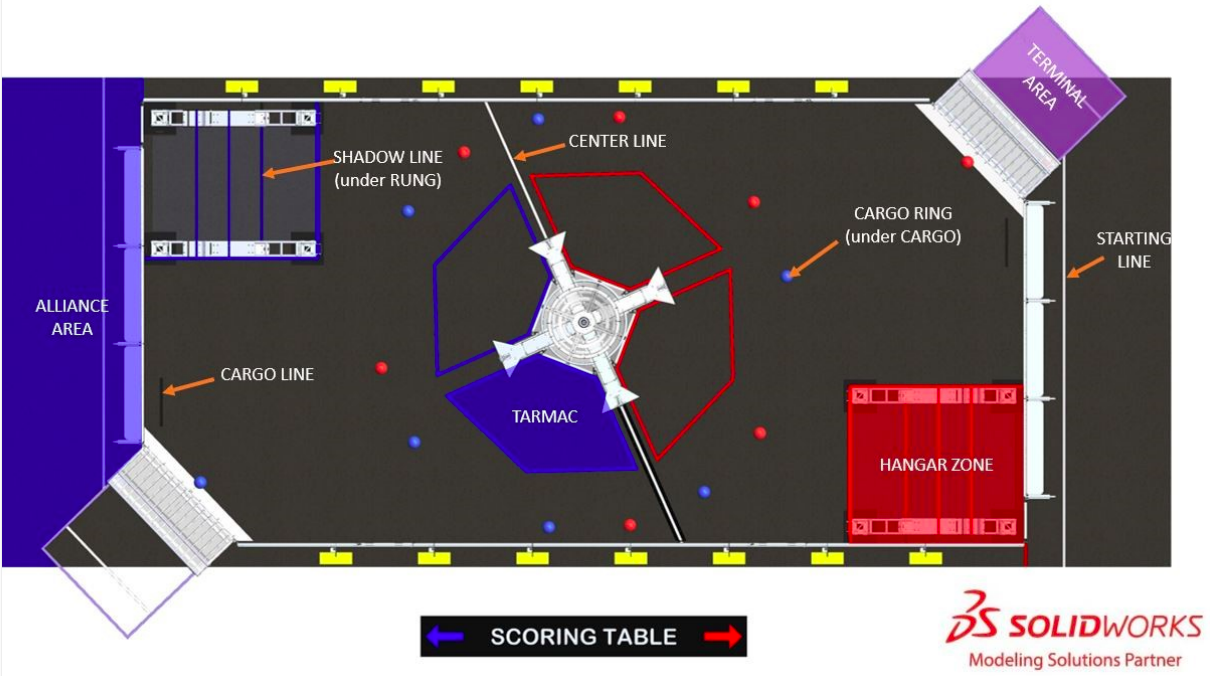